It is an understatement to say that CBD has increased in popularity over the last decade. Consumer products of this cannabidiol have rapidly entered a wide variety of markets and new research continues to show its therapeutic benefits. The European CBD market is expected to reach €1.4 billion by 2023. However, it is important to address the issue of the legality of CBD.

There is still a recurring concern about legal CBD. This is because there are many doubts about what is and what is not legal. Currently, the legal status of CBD products in Europe is perceived as complicated and uncertain.

The history of the legality of cannabis in Spain for medicinal, recreational and industrial use is just over half a century old. However, its consumption has a tradition of almost 1000 years in our country. Cannabis and hemp arrived in Spain with the Muslim conquest and in the middle of the 12th century the first hemp mills were built in Xátiva, in Valencia, whose tradition is still present in the Alicante area. It is known through several pipes found in Al-Andalus that smoking cannabis use was normal in the 10th – 11th century, a time well before the arrival of tobacco in Europe.

It was not until the early 1960s that Spain, following American influence, joined the Single Convention on Narcotics to totally ban the use of cannabis.

In the 1990s as the number of scientific studies that support the medicinal effects of hemp began to grow, laws have evolved and in fact there are already fully legalized drugs that are based on cannabinoids. In the United States there are states where cannabis is legal regardless of what cannabinoids it contains and everything points to legalization being a global trend in most Western countries.

In Spain specifically the social tolerance of marijuana is quite strong, although the law does not yet distinguish between its recreational and medicinal use. Non-commercial personal use and cultivation is decriminalized although it is illegal if there is a for-profit business behind it and any action inciting the use of psychotropic substances is punishable by Article 368 of the Penal Code. Cannabis use in public places is punishable by fines ranging up to 30,000 euros. In addition, each Autonomous Community in Spain has different legal nuances regarding cannabis. So let’s answer the big question:Is it punishable to buy cbd oil?

The situation is confusing and this is why the legal reputation of the plant is associated with criminalization and, if we are not well informed, we may arise doubts about whether it is legal to buy and use products that contain cannabinoids such as CBD as they are derived from the cannabis plant.

Is it legal to sell, buy and use CBD products in Spain?

CBD is not registered for use as a food supplement in the Spanish Agency for Medicines and Healthcare Products. This forces most producers of CBD tinctures and oils to sell them labeled for cosmetic and topical use. In the legal market we also find flowers and buds of the hemp plant without THC content. These are not sold for smoking but for aromatization as, again, the legislation limits the marketing of all products derived from the cannabis plant prohibiting human consumption by any means except topical.

Why is CBD not allowed to be marketed as a food supplement in Spain?

In 2018, WHO declared CBD a non-harmful supplement to health, claiming that it has no psychoactive effects, its use is safe and has no dangerous consequences for society such as addiction. So why in Spain still the law does not allow CBD oils to be sold for human consumption? On the one hand, CBD is not specifically classified as a drug. There is the absence of specific legislation for CBD cannabinoid. Just as psychoactive THC is illegal, there is still a legal loophole with CBD. On the other hand, the European directive aims to regularise food security first and for all. With the rise of CBD there are many companies that are entering the market that could produce contaminated oils without being supervised in the absence of industry-specific regulations. Thanks to the growing demand for medicinal CBD products for human consumption not only in cosmetics and topical use it will soon be regulated. At Higea CBD we import our products after the extraction of 100% organic Cannabidiol in holland, where the use of hemp for human consumption is legal, passing strict controls that guarantee the safety of the product.

In 2005, Sativex was marketed in Spain. A GW Pharmaceuticals drug based on hemp cannabinoids used to treat symptoms of multiple sclerosis and spasticity.

It is true that there are many countries where marijuana is legal, but its consumption is limited to medicinal use. In Spain there is a lot of confusion about the legality of CBD as to what is allowed, and what is not. People constantly ask if CBD is legal in Spain, and the answer is yes. In fact, it is considered a completely safe product.

The problem is that in Spain the sale of CBD for human consumption is not allowed. That is, CBD can only be marketed as a topical cosmetic product. Because of this, the main companies selling cannabidiol in Spain now sell their CBD products as cosmetics.

Therefore, the same products that were previously sold as supplements are now marketed as cosmetics for topical use. Because of this, people not only don’t know if CBD is legal in Spain, but they also don’t know which product they should buy.

Frequently Asked Questions about the legality of CBD in Spain:

Is it legal to consume CBD oil in Spain? – As a cosmetic and for topical use. You cannot smoke, vape or ingest in public spaces (until there is specific legislation for CBD cannabinoid this will remain a byproduct of cannabis and legalized as such)

Can I travel by plane with CBD oil in 2020? – Yes, as long as it is legal in the country of origin and destination. Check which countries it is legal to travel with CBD on that list and some helpful tips.

Is CBD consumption illegal in sport at a competitive level? – Cannabidiol is not on the list of substances banned by the World Anti-Doping Agency (WADA).

In countries like France and Norway, it only produces a pure form of CBD that does not contain THC. On the other hand, the European Commission has recently said that it would suspend applications for novel food status while it decides whether or not such CBD items should be considered narcotic.

On the world stage, people wonder where marijuana is legal. But as the industry navigates through the legislation, consumers and investors should keep in mind that each country’s laws on CBD use are different.

Although in some European countries it is illegal to make, buy or possess CBD, the vast majority of countries where marijuana is legal have legalized CBD products. We are of course referring to products that comply with the Novel Foods Act or that can be purchased from a licensed physician.

A Call to Action on Legal CBD

Poland, Bulgaria, the Netherlands and Luxembourg have experienced substantial growth as a result of their progressive stance towards cannabis legalization. This combined with increasing market demand.

Luxembourg, in particular, provides an example of growth on this issue, as it aims to legalize recreational cannabis for adults by 2021. If it succeeds, it would become the first country in Europe to do so.

Despite its small scale, Luxembourg could play a key role in convincing neighbouring countries to make similar changes to their legislation.

The difficulties of a modern industry

Consumers of CBD should inform themselves about current legislation, as each country has its own set of restrictions.

While these laws and restrictions are sometimes conflicting, it is clear that the demand for CBD products is skyrocketing. As a result, Europe could be poised to overtake North America as the world’s largest CBD market. 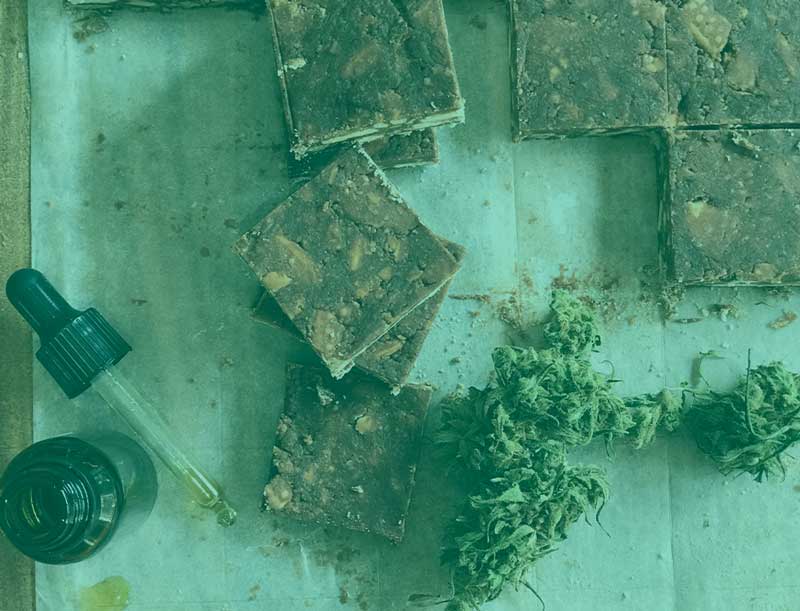 In countries like the United States, the legality of CBD varies from state to state and at the federal level. Generally speaking, however, whether CBD is derived from hemp or marijuana is one of the deciding factors.

Hemp vs. marijuana: Is hemp legal?

Both hemp and marijuana are terms used to describe various forms of cannabis, and both can contain a large amount of cannabidiol.

They are also known to share many visual similarities as members of the same family. However, the two plants have significantly different levels of THC, the psychoactive compound contained in cannabis, at the chemical level.

Although hemp produces a negligible amount of THC, marijuana can produce a significant amount of THC. Marijuana is federally illegal in many countries because of its high THC content. This compound can cause serious mind-altering effects when ingested.

As long as it is made according to legal guidelines, CBD extracted from hemp is legal. In fact, in the United States, as of 2018, hemp is considered an “agricultural product,” rather than a medicine.

A common misunderstanding regarding the 2018 Farm Bill is that it legalized cannabidiol regardless of whether it was produced from hemp or marijuana. This is not correct. In the United States, CBD is classified as a Schedule I drug by the DEA, and as such is considered illegal.

Therefore, it has become obvious for those interested in consuming CBD products to know the legislation in their countries regarding the legality of CBD.

END_OF_DOCUMENT_TOKEN_TO_BE_REPLACED

What percentage of CBD oil is right for me?

If you are using CBD for the first time, you may have trouble determining its potency just by looking at the label. We explain it to you Enter!

END_OF_DOCUMENT_TOKEN_TO_BE_REPLACED

An unconventional salad dressing. We are talking about a recipe for chicken salad dressed with CBD oil Enter now!

END_OF_DOCUMENT_TOKEN_TO_BE_REPLACED

CBD oil for boxing, is being used by boxers of all levels to improve their performance Get in now!