How do antidepressants work?

The role of CBD in depression

Although people with depression have been taking antidepressants for decades, science hadn’t really figured out how they work biologically-until now. A new study on the subject calls into question everything previously known about how antidepressant drugs work.

This new research suggests that selective serotonin reuptake inhibitors(SSRIs), the slow-acting drugs in the treatment of depression, and the fast-acting ketamine combine directly with a brain-derived neurotrophic factor(BDNF) receptor. As a result, they promote neuronal plasticity, which in turn alleviates depression, but without the use of serotonin or glutamate.

Here we look at the findings of this new study on how antidepressants work. We will also talk a bit about the use of CBD cannabidiol and its antidepressant properties.

How do antidepressants work? New study reveals the truth

The research we’re talking about is an international study published in the journal Cell, led by two neuroscientists named Eero Castrén and Plino Cassaroto. It was carried out at the Centre for Neurosciences of the University of Helsinki in collaboration with the Department of Physics.

The purpose of the research was to determine how antidepressants interact with a BDNF receptor known as TrkB. Specifically, the following drugs were studied:

These three antidepressant drugs tested in the research were shown to interact with the TrkB receptor. However, they did so without increasing or inhibiting other neurotransmitters such as serotonin, norepinephrine, or glutamate.

It is worth mentioning that other research has already identified the relationship between antidepressants increasing neurotrophic factors. Such is the case of BDNF (brain-derived neurotrophic factor), which plays a crucial role in the regulation of neuroplasticity. 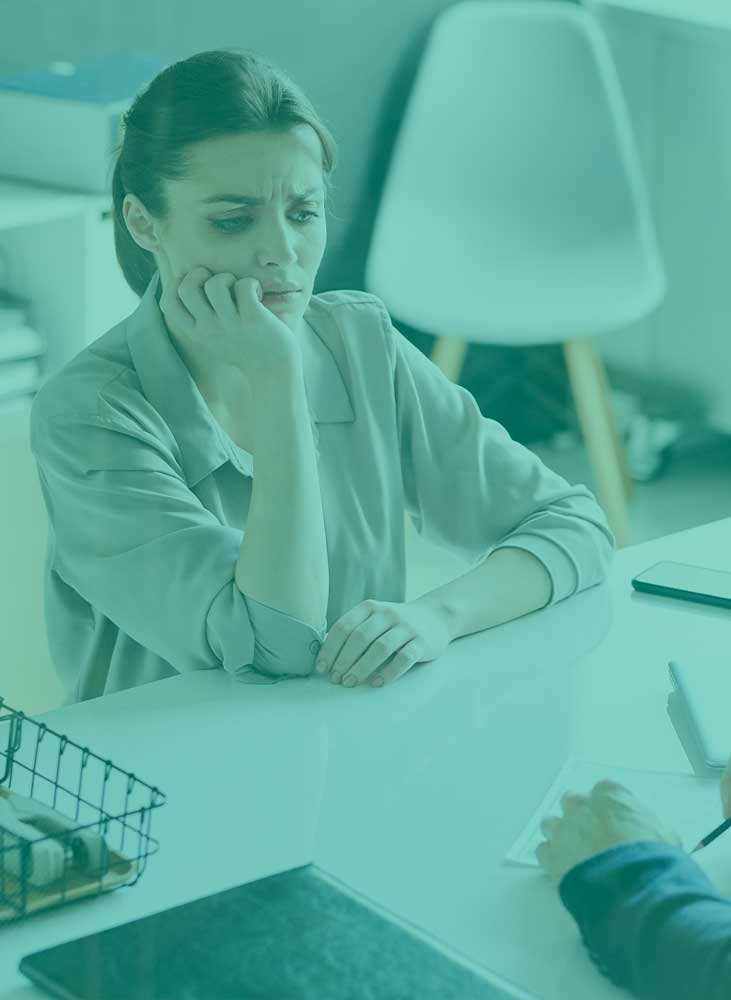 BDNF and its relationship with neuronal plasticity

For two decades, scientists have known that antidepressant drugs and aerobic exercise promote neuronal plasticity and the growth of new neurons. There is also research on exercise and depressive disorder, where the correlation between exercise-induced BDNF increase and a lower risk of major depressive disorder has been investigated.

Additionally, other research has focused on determining how the efficacy of antidepressants may be related to BDNF. The researchers have also determined how a molecular pathway related to activator protein 1 facilitates a chain reaction that activates multiple genes, which in turn promote neuronal plasticity.

This allows the brain to reverse the neurological damage usually associated with depression. An interesting thing about this is that after two or three weeks, the regenerative effects of these changes can be seen and felt. Studies have helped explain why SSRI drugs take up to 14 days to become active.

Ketamine has a faster antidepressant effect

In previous research it could be shown that in a therapeutic treatment with selective serotonin reuptake inhibitor (SSRI) drugs, antidepressants gradually reach a high brain concentration to bind to the TrkB receptor. In contrast, ketamine and esketamine, administered intravenously, reach the level required to bind Trkb within minutes.

According to the researchers, the difference in the onset of action of SSRIs and ketamine may be the result of their different ability to reach the concentration required to bind to the TrkB receptor in the brain. It should also be said that ketamine was usually used as an anaesthetic, but now it is increasingly used as an antidepressant.

Although SSRI drugs bind to the serotonin transporter protein much more avidly than to TrkB, ketamine binding to the glutamate receptor and TrkB occurs at similar drug concentrations. 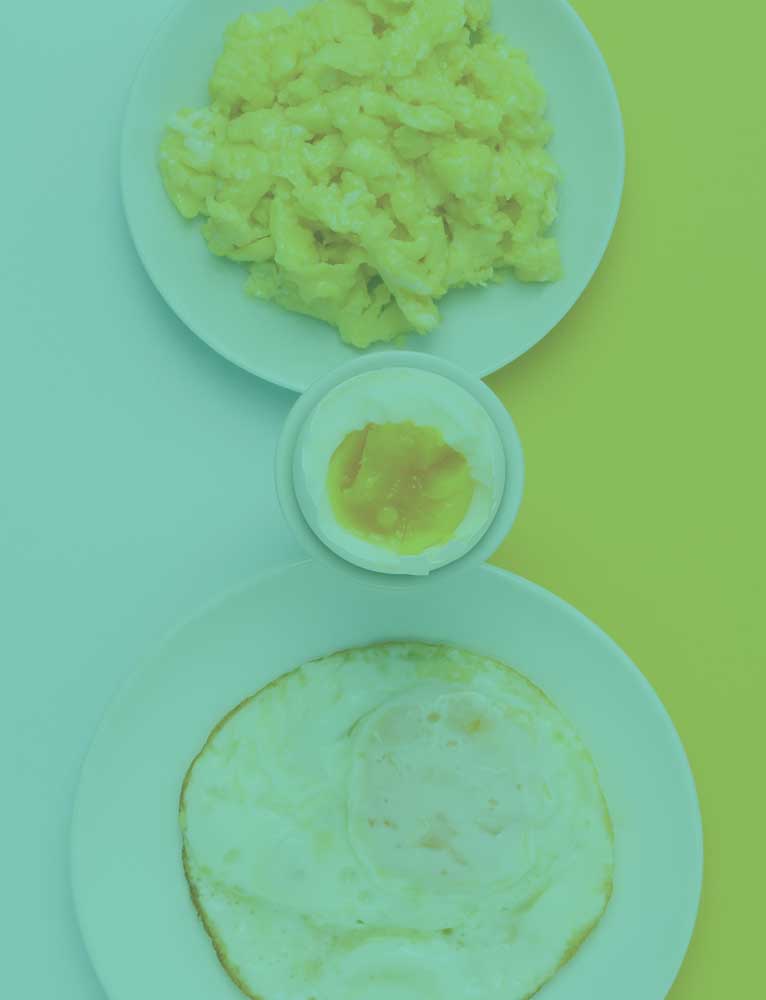 Cholesterol May Play a Key Role in How Antidepressants Work

The precise location of antidepressant binding in the transmembrane region of TrkB was identified through molecular modeling. This modeling was carried out by a group of researchers from the Department of Physics at the University of Helsinki, headed by Professor Ilpo Vattuainen. To verify the site, the scientists performed studies of biochemical binding and mutations introduced into the TrkB receptor.

Another relevant aspect demonstrated by molecular modeling is that the structure of TrkB is sensitive to the concentration of cholesterol in the cell membrane. This is important since TrkB moves into membrane compartments, which are known to be a rich source of cholesterol, such as synaptic membranes. The binding of TrkB to the antidepressant drug stabilizes dimers, which are structures composed of two TrkB receptors.

When this happens, the displacement of TrkB receptors is inhibited, and at the same time their amount in the membranes of synaptic cells is increased. As a result, the effects of BDNF are enhanced. In other words, antidepressant drugs don’t actually activate TrkB directly. What they actually do is sensitize the receptor to the effects of BDNF.

All of the above is important because there is evidence that people who are suicidal or who have committed suicide have low cholesterol levels. The problem with this is that establishing a direct relationship with this is complicated. Especially because the brain mostly uses the cholesterol it produces.

Additionally, there could be a conflict with statins, which are drugs consumed by millions of people around the world. These drugs are used to control cholesterol levels in the blood. In fact, the researchers wondered if the statins were blocking the antidepressant effect.

The research also served to show that when injected with a high dose of statins, with the aim of reducing cholesterol levels in the brain, antidepressants no longer increased neuroplasticity. The researchers later analyzed human studies in which this does not happen because the statins do not reach the brain.

That is to say, with the doses of statins normally used in humans, these drugs do not cause any problems. As for blood cholesterol levels, scientists agree that more research is needed to find some kind of link. 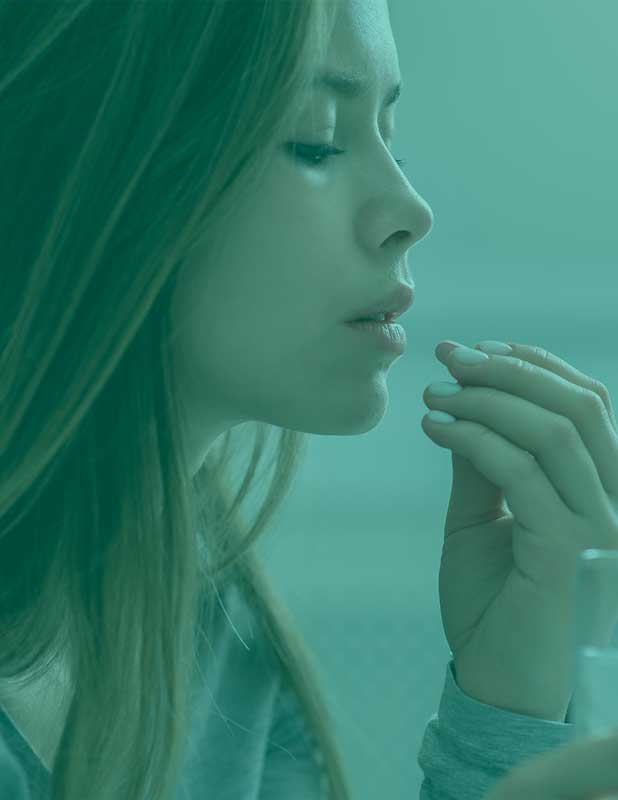 Why do some antidepressants work faster than others?

Now that researchers know that brain plasticity is fundamental to the action of antidepressants, the question that arises is why do some antidepressants work faster than others? Scientists know that many conventional antidepressant drugs, such as Escitalopram, or Fluoxetine, take weeks to begin to have an effect on a psychologically visible level.

In contrast, there are other antidepressant drugs that act much faster, such as the aforementioned ketamine. Everything seems to indicate that it is an issue related to the time it takes for these drugs to reach the necessary concentrations in the brain. That would be the reason why it takes several days, and also why you can’t stop consuming them.

In the case of fast-acting drugs, they may be able to penetrate the blood-brain barrier more easily, until they finally obtain the concentration required to activate the TrkB receptor. 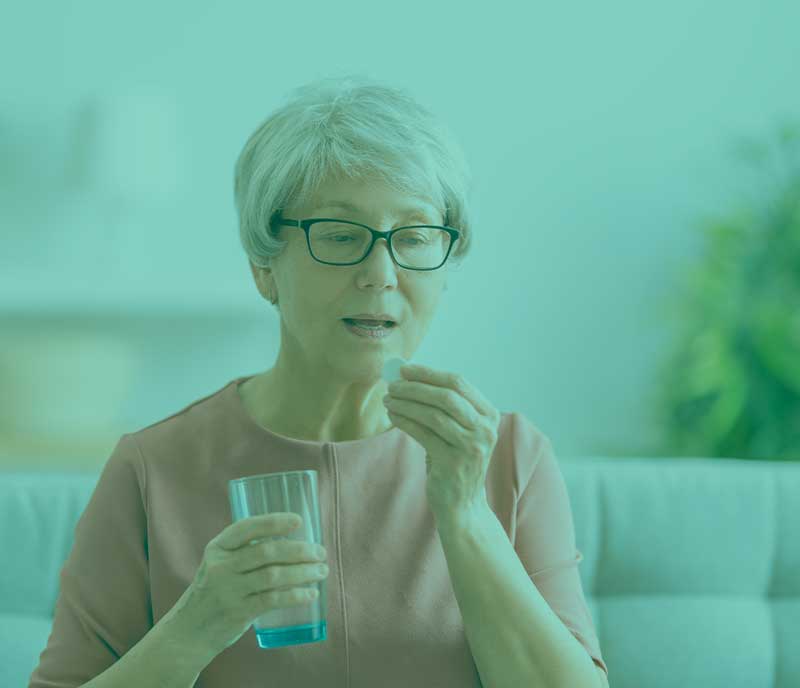 Key points of the research 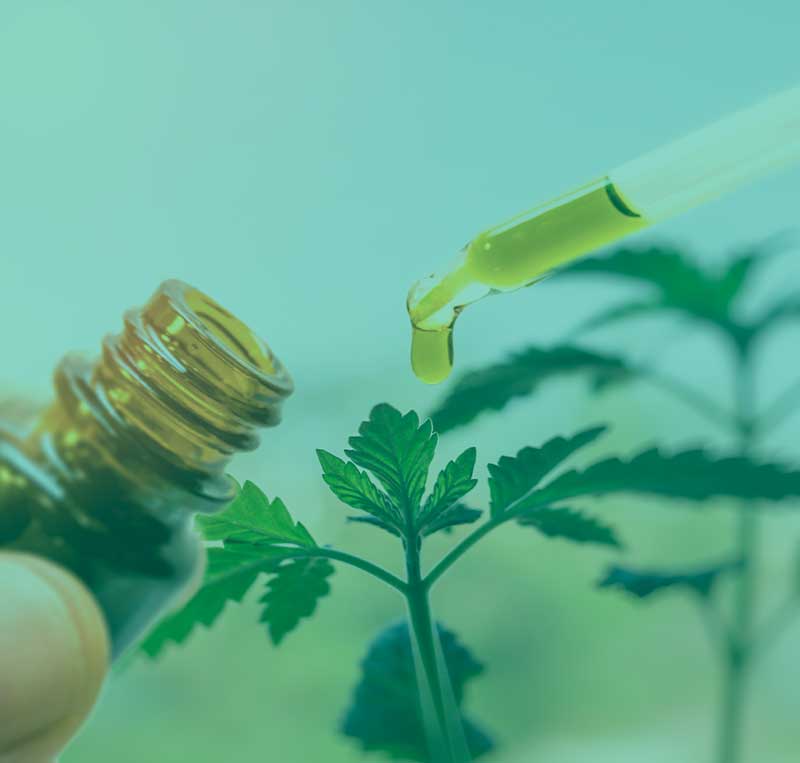 The results revealed that cannabidiol CBD induced a dose-dependent antidepressant effect in mice. This same test was also performed on rats, and the results obtained were similar to those of the mice. The researchers also found that all of these acute antidepressant effects, assessed after the swim test 30 minutes after treatment, were related to cannabidiol’s ability to increase BDNF levels.

These increased BDNF levels were present in both the hippocampus and the prefrontal cortex of rodents. This is important because brain-derived neurotrophic factor (BDNF) is a crucial factor for the growth of neurons. Not only that, the researchers also discovered that markers of synaptic plasticity, which are indispensable for brain remodeling, likewise experienced an increase in the brain’s prefrontal cortex. 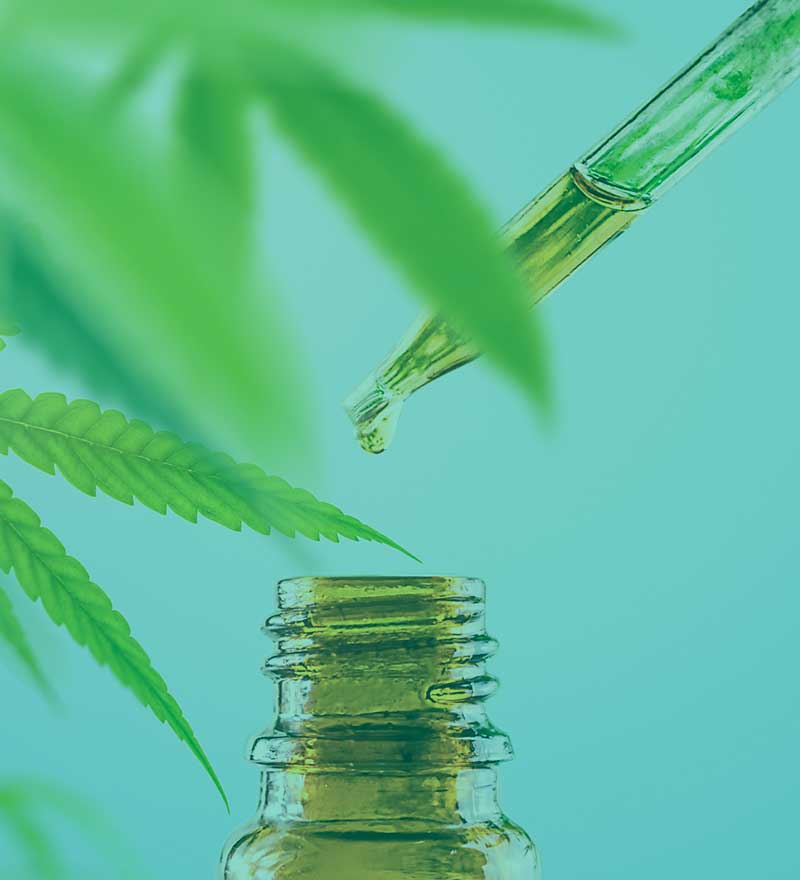 As for the antidepressant effects of cannabidiol CBD in the long term, the scientists found that they were associated with an improvement in synaptic function in the prefrontal cortex. This was the swimming test in mice evaluated 7 days after the CBD dose was administered.

The results support the theory that cannabidiol CBD extracted from cannabis is actually a fast-acting antidepressant. Not only that, but its antidepressant effects are sustained. In other words, CBD consumption in adequate doses could lead to longer-term antidepressant activity.

Although more research is obviously needed on the subject, the results of these studies suggest that CBD could be a promising therapeutic treatment for mood disorders, and more specifically depression.

We should not forget that CBD is already well known for its health benefits in other conditions such as Alzheimer’s disease, chronic pain, or neurological dysfunction. Therefore, it would not be surprising if it also had a positive effect in the treatment of depression. 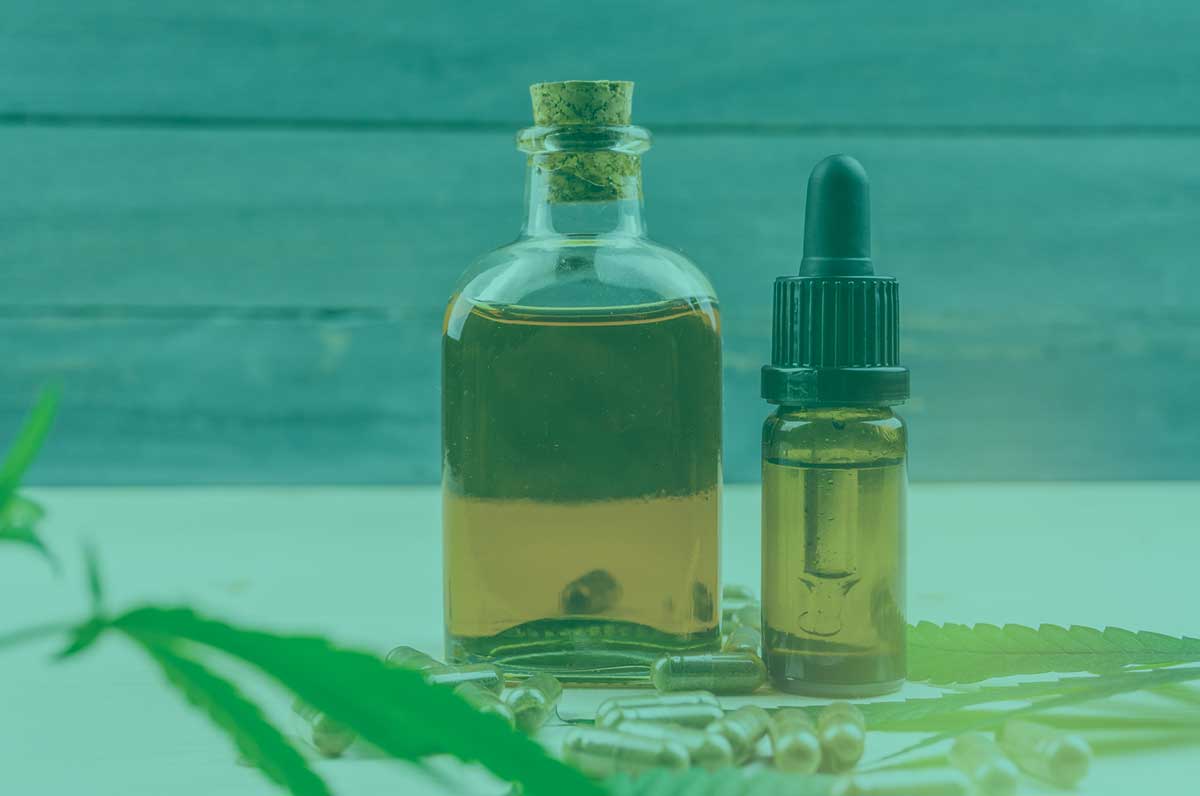 The role of CBD in depression

As mentioned above, current treatment options for depression, which include the use of antidepressant drugs, can be problematic. This is mainly because patients often have to deal with a delay associated with its effects. In this sense, CBD may have the potential to be an efficient alternative in the fight against depression.

A 2019 research, revealed that cannabidiol (CBD) induces similar effects to fast-acting and sustained antidepressants. All this through increased BDNF signaling and synaptogenesis in the prefrontal cortex of the brain. Researchers at the University of Sao Paulo in Brazil tested the antidepressant effects of CBD in rats and mice to determine if this cannabidiol has a rapid onset of action.

During the research CBD was administered as a single dose in an amount that could be 7, 10, or 30 mg per kilogram of body weight. The scientists then subjected the rodents to a forced swimming test after 30 minutes or up to 7 days after starting treatment.